The official Ext.NET 3.3 release with integration of Ext JS 5.1.2 is now available for download or installation using NuGet.

Using the NuGet Command Line tool within Visual Studio you can also include the -Version 3.3.0 switch to specify a release version.

The primary focus of this release was on bug fixing.

249 fixes came with the upgrade to Ext JS 5.1.2. In particular, the GridPanel component has been revised with 93 bug fixes in total, the Data Package received 28 defects, and 37 defects were fixed with the Forms functionality.

Details regarding the Ext JS 5.1.2 release are available in the Sencha Release Notes.

Along with the Ext JS improvements, there were 30+ bug fixes in Ext.NET core. The Ext.NET CHANGELOG has been updated with list of Issues we were tracking and fixed for this release.

With the recent release of Ext.NET 4, the v3 Examples Explorers have moved to their permanent Version 3 sub domain homes of examples3.ext.net and mvc3.ext.net. 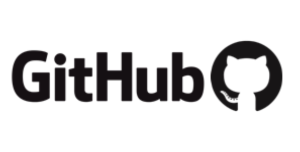 In the past we provided .zip download packages for the projects, although now you take advantage of GitHub hosting to locally clone the repo and fork.

The full source code for the Examples Explorer has been released under the very liberal Apache 2.0 open source license. The GitHub repositories are the very source code we work with and you can participate by following along with the public development.

We will also be accepting Pull Requests from the community. If you find a bug to fix, or would like to add functionality, send us a Pull Request and we’ll get the process started. We’ll have more to say about this soon. 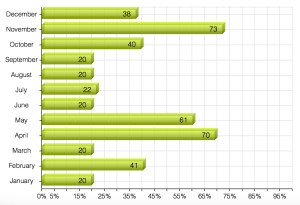 Converting an existing Bar Chart to a 3D Bar Chart is as simple as renaming the BarSeries to Bar3DSeries and you get a modern 3D look of your Bar chart.

This release also marks the last public release of Ext.NET 3. Our development efforts are now focused on improving Ext.NET 4 with new features and major enhancements.

Even though this is the last public release, we will continue to provide technical support and priority bug fixing for at least two years; until March 30, 2018. All future revisions to Ext.NET 3 will be available to Premium Members only. Access to the latest source code is included with a Premium Support subscription.

Technical support questions are always best asked in the community Ext.NET Forums. The public discussion may help others in the future and will allow others to contribute. All other questions can be sent to hello@ext.net.

Be sure to checkout Ext.NET 4. The Examples Explorers have been updated with a fresh new look. We put extra work into ensure the upgrade process from Ext.NET 3 to Ext.NET 4 would be a simple step. Give Ext.NET 4 a try and let us know what you think.